Hismith Premium working in Intiface but not from app

I have a Lovesense Edge 2 that work really great with intiface and can be called with MultifunPlayer or FarmD.

I also have a Hismith Premium that can be detected in intiface, I can also start and stop from the app but does not work from MultifunPlayer or FarmD. If I connected both devices, these apps can’t load any of them

Any advice on how to make it work ?

PS : sorry I don’t know how to walk around discord 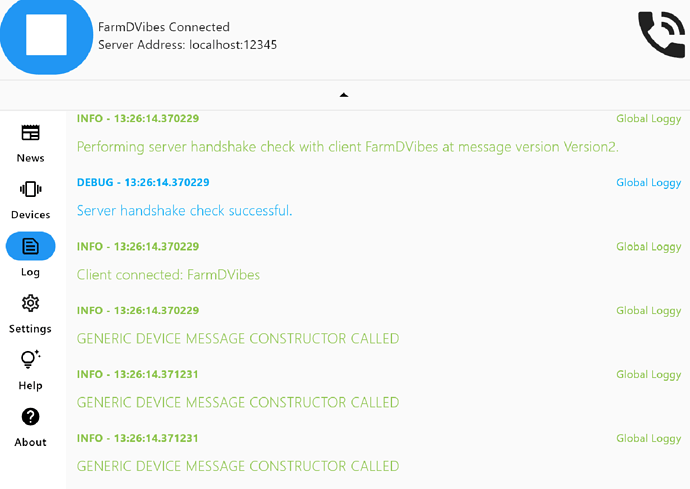 The Hismith devices can only be controlled by Buttplug v6 clients that understand to send the new Oscillation command: this is still very new and adoption is likely to take a while. The reason for the new distinct command is so that applications like MFP and FarmD don’t just treat fucking machines like vibrators (unexpected full speed on a vibe could be intense, but on a fucking machine that’s dangerous).

I’d raise requests with the developers of the clients to add support for such devices.

The app is really a great work !
Thanks a lot for the explanation. Would it be possible to set it as a virtual vib device bu with t the ability to define a maximum speed for the fucking machine?

Yeah, I’m considering this. The problem is that it’s… sort of a new thing for our system, and would require extra processing that we don’t do currently.

It’s mostly a problem of context. Vibrators are assumed to be set instantaneously. You set a speed, the vibration motor changes. So you can easily do short bursts. Fucking machines don’t work like this, due to needing some sort of spinup/slowdown. Also, we need the ability for users to set limits, because a lot of times applications will peg vibration to 100% and I don’t want anyone trying that with their machine.

So there’s some questions to answer about User Interface and settings. I’m working on these now, starting with the ability for users to set movement limits on devices. From there I’ll continue on with trying to figure out how we’ll deal with that sort of translation. I have no ETA on all of this, but I’ll try to post updates if/when they happen.

Thanks @qdot. Make sense.
I see that MultiFunPlayer is planning for v6 integration